Our story – interview to the president Tsuyoshi Ide, about the reason for establishing DAIZ Inc., the story behind the company name and his entry into the soybean business. 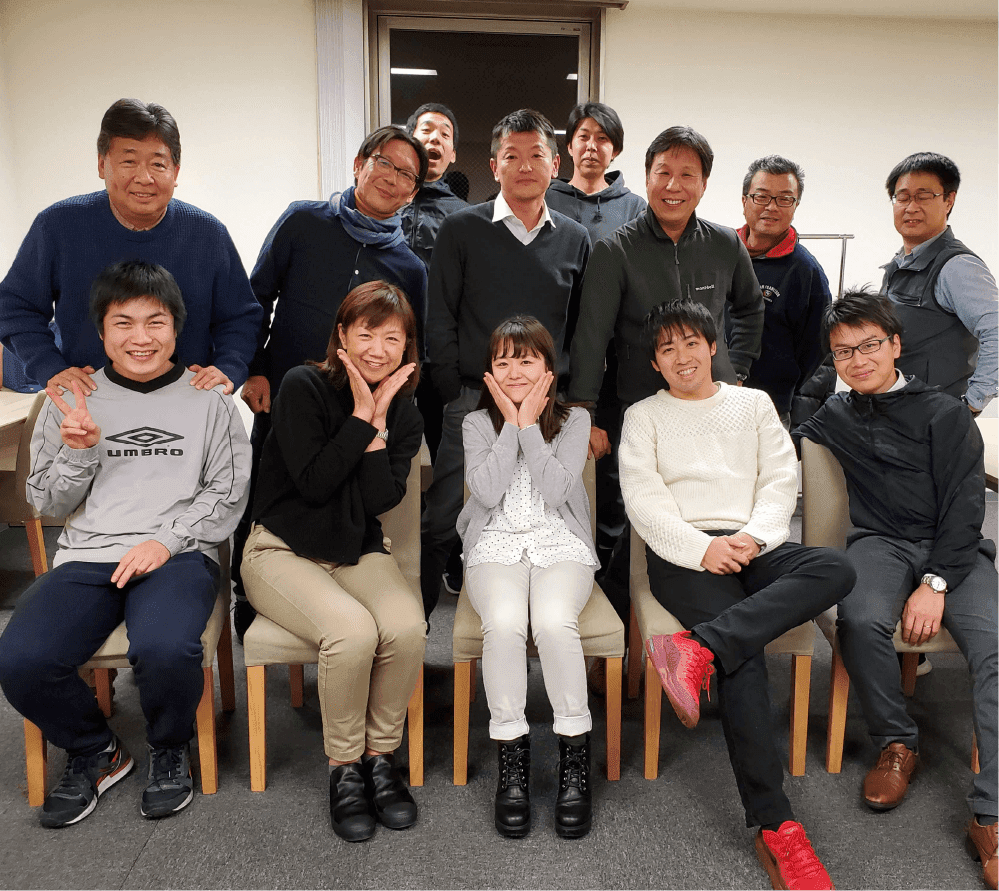 Why did you establish DAIZ?

Take a look at the chart below. The chart shows the production and consumption of soybeans in each country. Two things can be seen from this graph. First, Japan consumes the largest amount of soybeans by far compared to other countries.
Japanese people have long been consuming carbohydrates from rice and protein from soybeans.
Secondly, soybeans contribute greatly to the Japanese food industry as an ingredient in tofu, soy milk, natto, soy sauce, miso, oil, and emulsifiers. Soybeans are the semiconductors of the food industry. Nevertheless, the amount of soybean production in Japan is still very small. This is a big problem.
Functional ingredients such as isoflavones, saponins, oligosaccharides, and lecithin, developed by Tsuji Oil, are widely used. Some people say that the research on the functionality of soybeans has been exhausted and that there is no room for venture companies to enter the market. 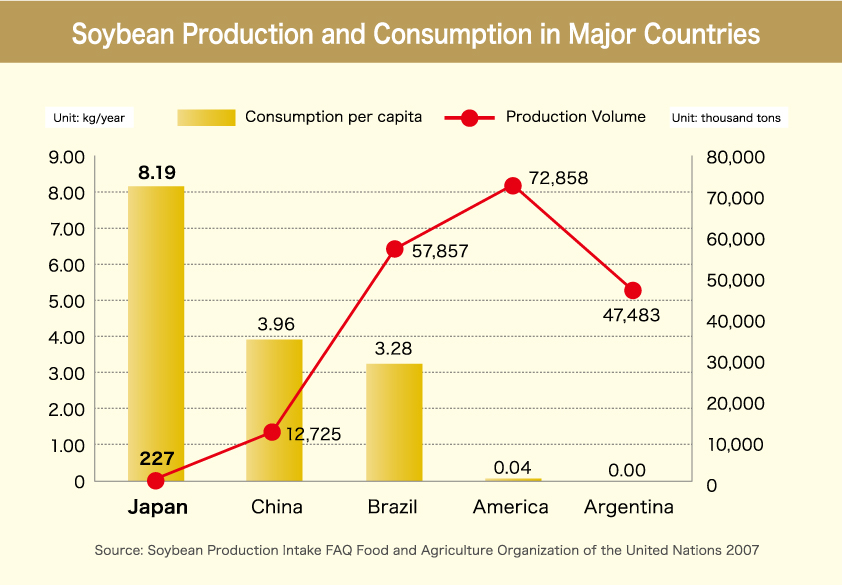 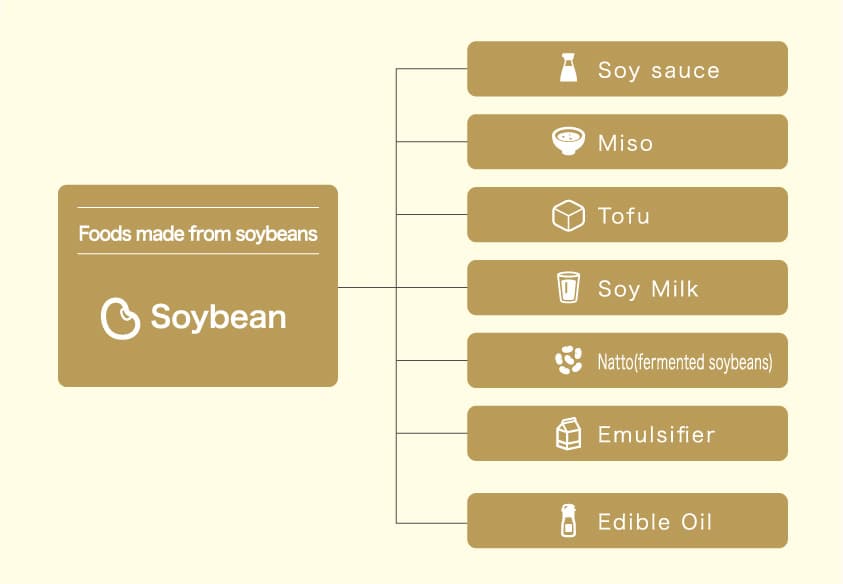 Is the technology that great?

My educational background is in liberal art, so it's hard for me to describe it, but Mr. Ochiai demonstrated that just after germination, soybeans, like human ES cells, have a timing when they can be effectively stimulated from the outside to produce a rapid metabolic acceleration, just like humans. 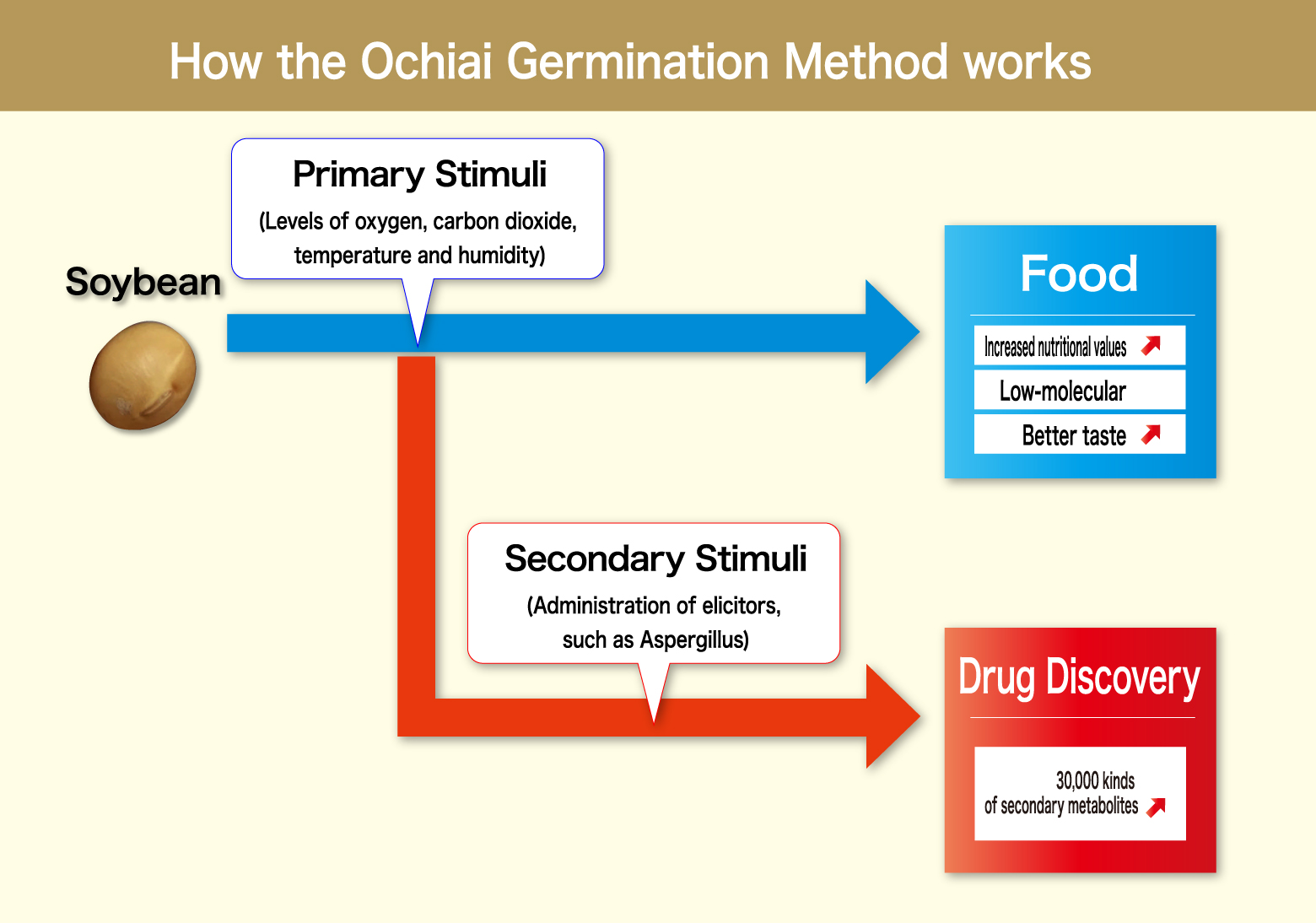 I could see that you were surprised to come across an innovative technology, but did you have a concrete plan as an entrepreneur?

Unfortunately, Mr. Ochiai's venture company was grilled by venture capitalists, banks, and business partners who were in a hurry to recover their funds. However, I was convinced that the technology Mr. Ochiai had created would definitely change the future of soybeans in Japan. Therefore, I asked Mr. Ochiai to come to Kumamoto to continue his research in a quiet environment, and we proceeded to patent and commercialize the metabolic technology. However, in 2017, Mr. Ochiai became seriously ill and had to take a year off work. The stress of the past must have been building up. After waiting for him to come back, I decided it was time to get up to speed and established DAIZ.

Tell us your vision of DAIZ.

The first challenge is plant-based meat (MIRACLE MEAT). Take a look at the graph below: by 2050, the world population will surpass 10 billion people. Beef, pork, poultry, and fish meat will no longer be able to supplement this amount of population. This is where soybeans, which are plants but produce protein, come into play. The Ochiai germination method can significantly increase the nutritional value of soybeans, and, moreover, it is delicious because it overwhelmingly increases glutamate. That's why we have decided to develop "DAIZ MIRACLE MEAT" as an alternative to meat and contribute to the eradication of world hunger. The most important thing for a venture company is to have a high philosophy. 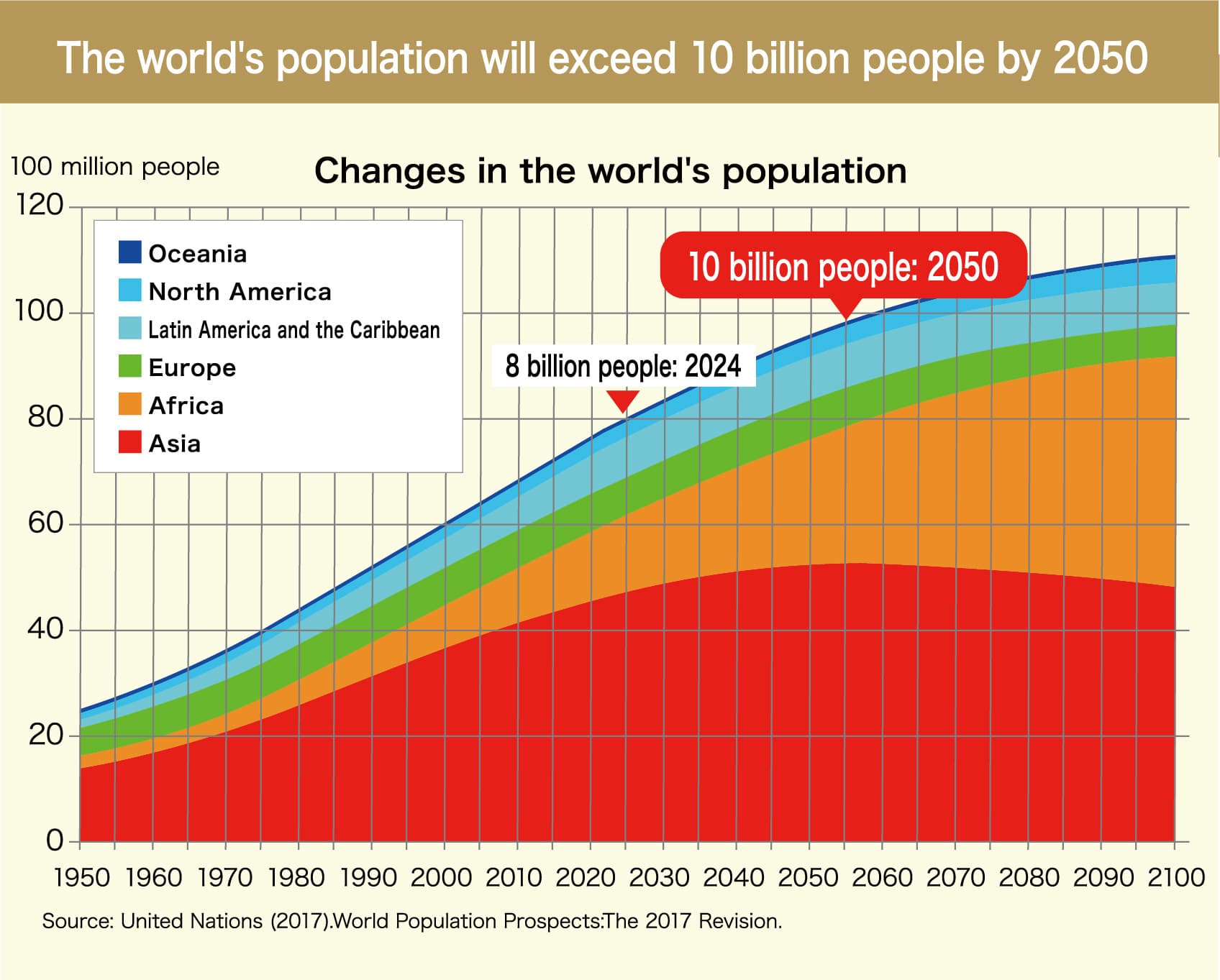 The great thing about Ochiai germination method is that it uses live soybeans (sprouting), so by changing the amino acid composition of the soybeans, it is possible to change the taste of the soybeans to be similar to pork, fish meat, or beef. The taste, nutritional value, and functionality are as high as those of animal protein. Moreover, there is no waste and no genetically modified soybeans are used in the production process, which is why it's a MIRACLE MEAT.
The difference between DAIZ and conventional oil companies' soybean oil residues or up-and-coming American meat substitute ventures is that in the case of DAIZ, the power lies in the ingredients themselves.
We would like to supply our one-of-a-kind base material to the world on a large scale.

The next challenge is drug discovery. Using the Ochiai germination method in a particular way, more than 30,000 unknown phytoalexins (secondary metabolites such as isoflavones) have been discovered. Moreover, due to their unique complex structures and high functionality, they can be useful compounds. Currently, we are collaborating with an AI venture company from MIT, Kyoto University, and the Cancer Research Institute (Ariake Hospital) to conduct a joint study for new phytoalexins, structure determination, and docking simulation by AI, including non-soy seeds. By the end of three years, we hope to have 100 million pieces of information available to the discovery departments of major pharmaceutical companies.
It won't be long before a revolutionary new drug is produced from soybeans and other seeds.

Finally, what is the mission of DAIZ?

I worry that as the populations of developing countries continue to grow, more and more children will not have the benefits of beef, pork and chicken in the future.
That's where delicious, functional, and inexpensive "plant-based meat" comes in.
The "DAIZ" in the company name expresses our great desire to fly from Japan's "soybeans" to the world's "DAIZ" by means of new and innovative high technology. 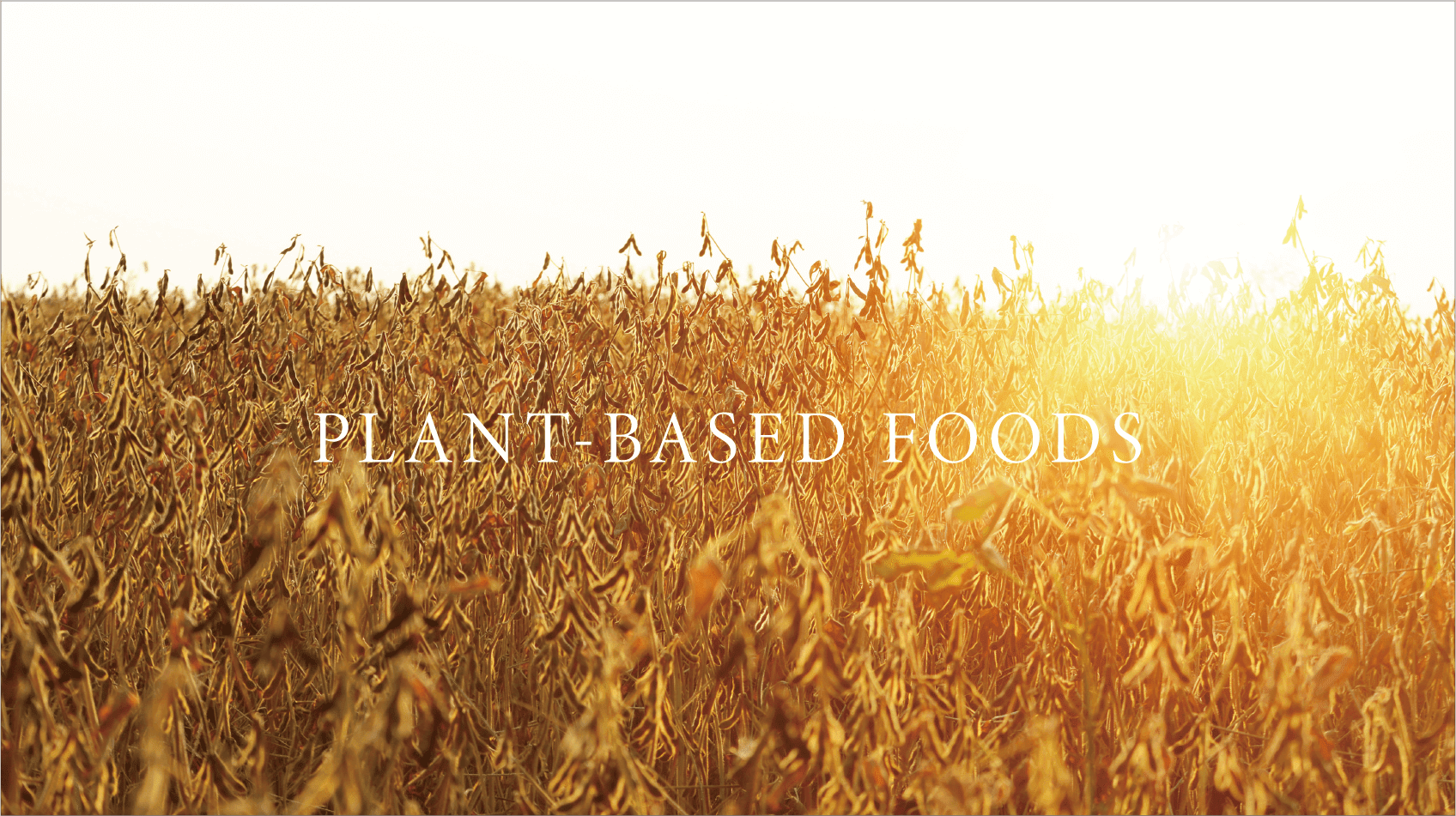