What is the Ochiai Germination Method? 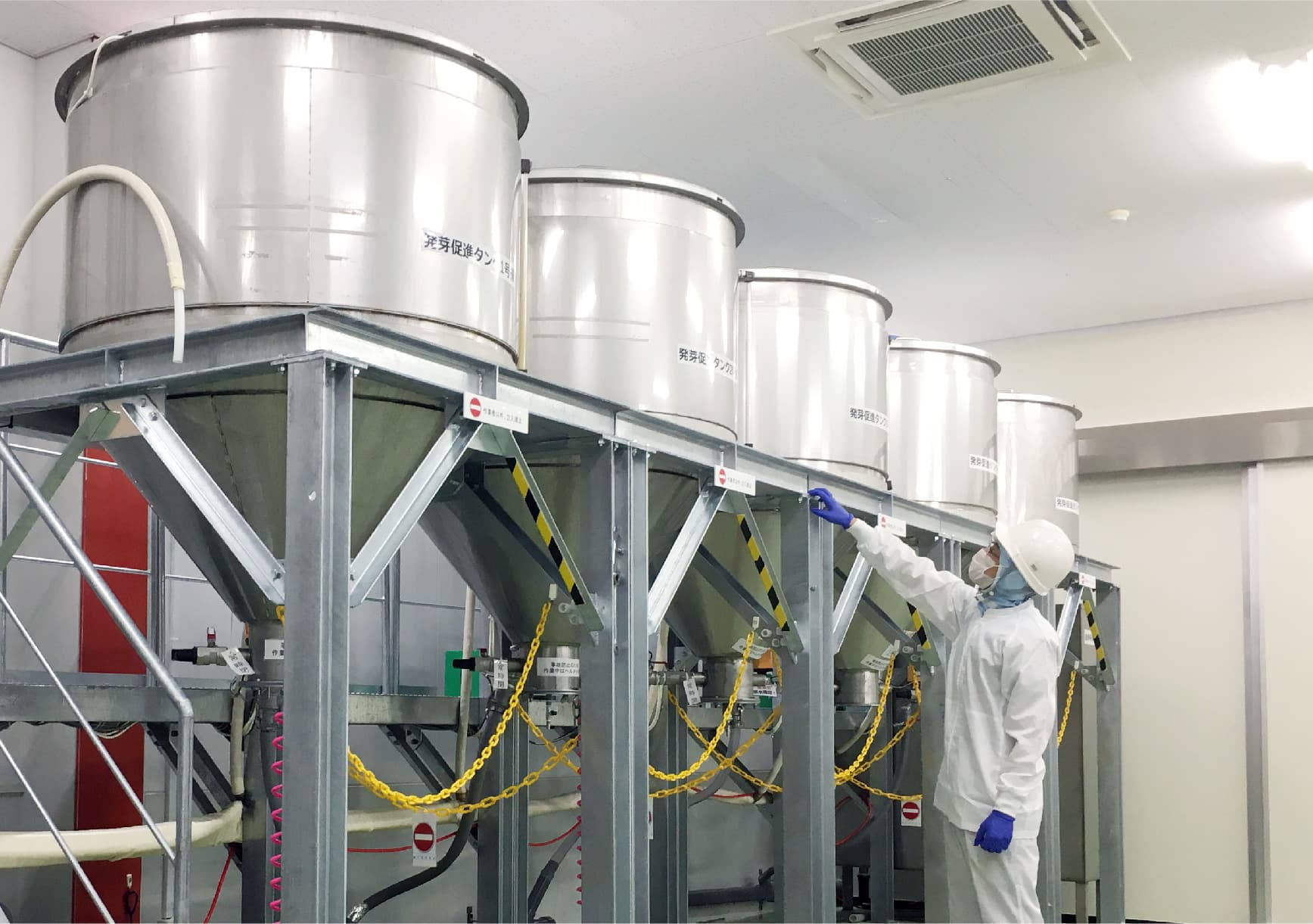 The Ochiai Germination Method (OGM) is a novel cultivation method utilizing the metabolic explosion of germinated plant seeds. Scientist Koji Ochiai has discovered that once a seed’s DNA “wakes up” for germination, it triggers an exponential growth spurt and tremendous energy output to support it. This phenomenon – which came to light during Ochiai’s research on how environmental stress affects soy germination – occurs in all plants, not just soy. Sprouting prompts the release of enzymes that promote rapid breakdowns of starch and protein in seeds into sugars and amino acids. The OGM, which focuses on these post-germination metabolic chain reactions, exclusively uses “awoken” soybeans that have just germinated for cultivation, instead of dormant soybeans (legumes).

In addition, exposing germinated soybeans to certain environmental stresses by controlling the temperature, amount of oxygen, carbon dioxides and moisture can further activate their metabolism to levels not seen under normal circumstances. This is because this stressful condition causes surges in enzyme activities in soy, resulting in rapid increases in the rate of decomposition reactions and the amount of free amino acid.

At DAIZ, we germinate soybeans in a tank because the soaring temperature inside the container causes the soy to consume oxygen rapidly, producing carbon dioxide in turn. In response to this extremely stressful environment, the soybeans’ metabolism goes into overdrive with degradative and synthesized enzymes catalyzing at full speed.

And this is where DAIZ’s expertise comes in. Our proprietary technology (Patent No. 5722518 / Patent No. 5795676) enables us to precisely control the temperature and the levels of oxygen, carbon dioxide and water inside the tank to give the soybeans just the right amount of stress.
About 13 hours of enzyme activities result in soybeans having 10 times as much glutamic acid (the source of umami flavor), twice as much arginine (the source of energy), 4.3 times as much isoflavone and 3.5 times as much GABA, compared to soybeans germinated in an ordinary environment.

What kind of products have you developed using soybeans germinated with the Ochiai Germination Method?

We develop plant-based meat using the Ochiai Germination Method as our core technology.

For additional information, please visit our “Plant-based Meat” page!
MIRACLE MEAT can also added to salads as tasty beans, to create powder for athlete drinks, or to replace animal whey.

The Creator of the Ochiai Germination Method

DAIZ Director Koji Ochiai is the creator of the Ochiai Germination Method.His ultimate goal is to understand precisely what’s happening inside the organism of a seed in the process of germination. He’s conducted thousands of experiments thus far – and will continue his effort – to analyze the functionality of ungerminated and germinated seeds.

Koji Ochiai
Mr. Ochiai, the Director of DAIZ, serves as a professor of Advanced Pharmaceutical Sciences at the School of Pharmacy at Kumamoto University. Before being appointed to his university position in 2019, he founded a bio startup in Napa, California in 2002, following his career at a leading food manufacturer in Japan. Born in 1967 in Aichi, Japan, he earned his degree in Molecular biochemistry from the Faculty of Agriculture at Kinnki University. He enjoys talking about his dreams as a scientist over beer and yakitori.